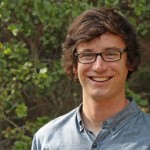 Hidden Gem of the Central Sierras

Traced back to Charley Blasingame, the adopted Chinese son of a big cattle ranch family, China Peak was named by the Forest Service in honor of Charley’s love for the region and his historic cabin, which sits beneath the 8,709-foot peak. The ski area spun its first chairlift on this ancient volcano in 1958, shortly after Tom Sovulewski, a Yosemite native and skiing champion, led rangers to the peak and declared “This is the spot.”

China Peak sits behind scenic Huntington Lake in the Central Sierras with 1,679 vertical feet serviced by seven chairlifts, a T-bar, and three moving carpets for beginner skiers and snowboarders. With several terrain parks, the Canyonlands boardercross area, and a variety of expert terrain, anyone can get stoked on China Peak and finish the day with a local draft beer or the famous barbecued turkey wings at the iconic, mid-mountain Buckhorn Bar or at JW’s Bar in the remodeled China Peak Inn.

A former winner of the Golden Eagle Award for their environmental and recycling programs, China Peak continues to expand their sustainability initiatives beyond their compostable and post-consumer paper products and cutlery for F&B, as well as their revegetation and erosion control programs in collaboration with the Forest Service, Cal Poly, and Fresno State.

China Peak has been benchmarked against the STOKE Snow standard and they are striving to achieve certification by 2017.