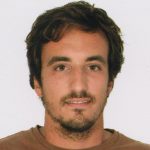 Surf Clube de Viana (SCV) is a non-profit founded in 1989 as the first surf school in Portugal that also created the first Portuguese Surfrider chapter in 2005. SCV aims to develop recreational, cultural, and sporting activities in its local community of Viana do Castelo. Housed within the energy-efficient Surfing Viana High Performance Centre (HPC), SCV is an elite training facility for athletes with a commitment to high-performance surfing alongside the promotion of health, well-being, inclusiveness, and respect for the environment.

SCV is active in the environmental education field, as it continually develops environmental awareness actions and strives to be an example of sustainable practices. The SCV team, composed of over 120 athletes, 600+ members, and 20 trainers, regularly organizes beach clean-ups, environmental education seminars for school kids, and other activities that aim to further the interest of the local community in preserving the natural coastal resources.

In 2019, the SCV’s EuroSurf Adaptive became the first STOKE Certified event in Europe and it was the first surf event in Portugal completely powered by renewable energies. The following year, the SCV was officially designated the caretaker of the natural area surrounding the beach of Cabedelo—their home break. The area is known for being a natural reserve with native ecosystems and for its geological monuments that belong to the geopark of Viana do Castelo.

Surfers from all over Portugal and the EU come to SCV to train, compete, and enjoy the local surf and culture of Viana.

SCV was certified against the new STOKE Surf 3.0 standard, which is divided into eight impact categories instead of four. The following percentages and best practices are listed according to the previous impact categories. STOKE’s website will be redesigned in Q2 2022 to reflect these changes. Thank you for your understanding.

The HPC is known worldwide for being a surf training center that is completely barrier free—hosting a wide range of local, national and international projects related to para surfing. The SCV has a para surfing team that has several weekly training sessions, regular training camps are conducted with international adaptive surfing teams, and SCV hosted the first European Adaptive Surfing Championship in 2019 which were STOKE Certified. Their HQ and beach pathways are all accessible with ramps, facilities, and equipment (e.g., hippocampus wheelchair, surf boards, gear, etc.) for all physical and mental disabilities. Lastly, SCV organizes specialist surf coach training courses on water safety and rescue for people with disabilities in collaboration with the Portuguese Surfing Federation and the local lifeguard association.

Surf Clube de Viana’s headquarters, the High Performance Center (HPC), is a state-of-the-art green building. The pine trees were preserved during the construction including the inner area of the building, which also provides guests with ample natural light and a connection to nature through large double-pane windows. Beyond the building’s passive solar design features, most notably, the whole HPC is coated with cork. Portugal is the biggest producer of cork in the world and has the biggest cork tree forest, thus it is a significant, traditional raw material. The cork also produces a positive impact on the landscape, avoiding degeneration of the beautiful natural surroundings. Inside, you’ll notice many of the decor items are made by local craftsmen or sourced from driftwood and reused event posters from the Clube’s many events.

As the first surf school in Portugal, the Surf Clube de Viana takes great pride in their surf instruction. With written and enforced policies for surf instruction, every class—no matter the age or skill level—follows the same modules for developing skill sets while integrating surf etiquette, risk mitigation, and local environmental interpretation into each class. This further extends to their work with local schools and incorporating responsible ocean etiquette into their curriculum.

SCV makes monetary and volunteer service donations to several institutions in Viana do Castelo—totalling over €1,300 EUR annually. For example, SCV organizes volunteers from their organization to help the city management authorities in cleaning up the vegetation around the coastal area regularly. Free surf courses are provided for non-profit and charity associations and SCV started the program, Nautica nas Escolas, where all school kids from Viana do Castelo have surfing as part of their school curriculum’s sports program. Over 2000 kids try out surfing every year through this project with the help of free transportation to and from the beach. APPACDM, an organization for supporting mentally impaired people, works with SCV to conduct regular surf classes and employ some of their members to do some gardening around the HPC. In the scope of the national #beactive project, SCV also provides free surf classes to older adults with the health benefits of practicing surfing in mind.

SCV works almost exclusively with locally owned businesses. The architects (Branco Cavaleiro Architects), engineers (ScrenPlan), and contractors (António Alves Ribeiro & Filhos LDA.) that built the HPC are all from Viana do Castelo. Furthermore, the funding for the HPC construction was awarded because all of the building materials and services were sourced or contracted within Portugal. From F&B (Jenny & Carmie, local farmers), to handicrafts (Edartis - Artes e Edições), arts (Tomane Photography), complementary tours (Tobogã - Portugal Adventure Tours), as well as furniture and fixtures (Talentesquadria). Combined, SCV contributes over $55,000 USD per year to local vendors. During the Outdoor Sports Euromeet event in 2019, SCV held a training and networking workshop in their headquarters for all 13 tour operators of Viana, so they could learn about service provision and get to know and connect with one another in an effort to promote the destination.

All employees, directors, and volunteers of the SCV are Portugese nationals who live within the municipality (5km radius max). SCV also invest in the training of the staff paying for international conferences (e.g., FIBO Munich, Association of Sports Performance Centres Conference Barcelona, etc.), seminars and training courses (e.g. Portuguese Federation Surf Coach Licence). During their monthly coaching sessions, they address different topics regarding sustainability (global, national, and local). SCV also has third-party coaching sessions from local nature interpretation organizations and other institutions related to sports and society including issues such as gender equality, inclusion, and community development. As a result of all this training, SCV staff and volunteers are equiopped to run a public training seminar related to sustainability issues as well as other topics like gender equality or sexual abuse in the sports environment.

Surf Clube de Viana has a rich history. Being the first surf school in Portugal and playing a major role in the development of the surfing community nationwide, the SCV takes great pride in their local surfing culture and Portuguese heritage. The history of the surf club and its influence in the Portuguese Surf Federation are displayed in three interpretive panels on the hallway of the HPC. The artwork in their HQ were donated by the local municipality as well as non-profit institutions such as the APPACDM, which works with mentally disabled people. Every time SCV organizes an international event, they introduce some kind of local traditional display such as the drummers in the opening of the Eurosurf Adaptives in 2019.

Not only did the SCV work with a local shaper to source surfboards, but their team helped establish some innovative products related to new surf materials. During a research project with the local university, IPCV, SCV was part of the development of a cork board from 2016 to 2018 (study was published here: http://repositorio.ipvc.pt/handle/20.500.11960/1742). These cork boards are a sustainable alternative polyurethane foam boards and they infuse Portugal’s national pride as the largest supplier of cork. In addition, a handmade surfboard shaping start up, LC Surfboards, was created with the help of the Surf Clube de Viana and now at least 10% of the surfboards used in the surf club are made by LC.

SCV takes great pride as the first chapter of the Surfrider Foundation in Portugal and as official patrons of the protected area surrounding the High Performance Centre (Ribeira da Anha/Rodanho), which belongs to the GeoPark of Viana do Castelo. They organize regular beach clean up events in various contexts with club members, visiting surfers on holiday, European volunteers, and together with other local organizations such as the Centre of Environmental Interpretation of Viana do Castelo. These cleanup events are typically combined with some environmental education initiatives under the program, Não Lixes, and results are reported to the Portuguese Blue Flag program (https://snirh.apambiente.pt/index.php?idMain=1&idItem=2.1). Volunteers separate the group into different teams and after each event, SCV gives prizes to the teams that collected more rubbish on the beach. Beyond the sand, SCV started a program together with the municipality to remove invasive plants in the coastal area and plant native marine pines.

The HPC is an A+ rated energy efficiency building according to Portuguese standards. Their smart lighting and HVAC system is completely automatized and can be remotely controlled for different parts of their headquarters. In addition to using energy rated appliances in all departments and LED lights inside and outside the building, their rooftop solar and geothermal heat pump system supports 83% of their annual energy demand by generating nearly 285,000 kWh/year. That is the equivalent of powering 27 homes per year with clean energy.

Thanks to the HPC’s energy efficiency measures in the building and copious amounts of renewable energy on tap, the SCV has minimal Scope 2 grid electricity emissions. This, combined with the Scope 1 emissions from the transport of their athletes (from/to school and surf events), SCV’s total annual carbon footprint is 19 metric tonnes of carbon dioxide (mtCO2e). For their 2020 footprint, SCV partnered with the Plantar uma Árvore organization to plant trees in a wildfire-stricken area that is only 1.5 hours away from Viana in the Serra do Alvão region. Between October 2021 and February 2022, the organization Plantarumaarvore.org will plant 32 native trees in Serra do Alvão, which the NGO estimates will sequester 19 tonnes of CO2 over their lifetime. 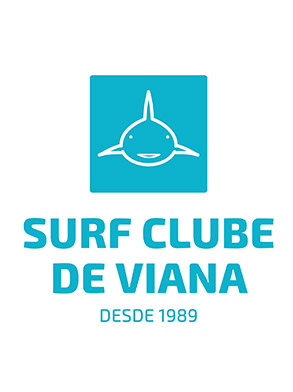 Commitment to a Sustainable Future

As Portugal’s first surf school, we could not be more proud to represent our community and country as the first surf tourism operator to be STOKE Certified at the Best Practice level.

Building from the certification of our Eurosurf Adaptive event in 2019, we were able to adapt our sustainability management system and leverage STOKE’s new sustainability SaaS platform to bolster our surf club operations even further to reach the Best Practice level. Even though we are the first to break through the highest level of STOKE certification, we know there is always room for improvement. Below are goals for the next few years:

We could not have achieved this milestone without the incredible dedication of our team, our volunteers, and our community. Obrigado!