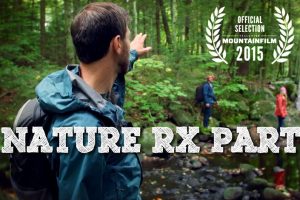 To shed light on some alarming facts from The Sidran Institute about posttraumatic stress disorder, or PTSD, and the benefits of prescribing time outside, SHIFT held an evening film festival called the Pointy End of The Spear. Several films showcased ways this so-called nature therapy is working and how the lessons we are learning as a result can be applied to the population at large. From prescription drug commercial spoofs on “Nature Rx”, to Arctic Circle backpacking missions with veterans, to coral reef restoration projects with vets, and more, the series of films demonstrated the effects of nature- and recreation-based therapy from a science- and emotional-based context that was truly powerful.